The Most INCREDIBLE Therapeutic Massage EVER! 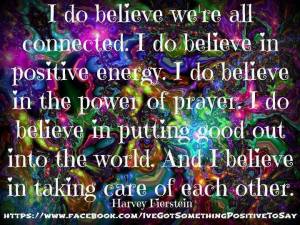 If you know me, you know that I generally don’t spend money on massages.

Yes, I like getting a massage, I think most people do, but…there is that money thing…and I just can’t justify it with other bills to be paid.

It was recommended to me that I find someone who could do myofascial release, so I did some searching.

This woman, this Valerie Nesteruk, has not been trained in that area, and she stated as much when we talked.  (Honesty…I like that.)

I knew she had received some training on working with people who have Piriformis Syndrome…and I knew she came highly recommended…and I felt like she and I really clicked as we talked about what’s been going on with my body.

Val used to be a nurse, which of course, gave me more reason to respect her.

We chatted for a while before the massage and she once again impressed me when she said she had researched Sjogren’s Syndrome on the internet the night before to learn what it is and what it’s symptoms are.  I now respected her even more.

To say that this was the most incredible therapeutic massage ever doesn’t actually tell you just how wonderful I thought it was.  I know that sounds like I’m over the top – but seriously…Ohhhhh…My…..God….it wonderfully soothing!

It began with a warming up session:  warm covers, a dimly lit room, a gentle waterfall and relaxing music.  The massage not only included just the right amount of pressure – not too hard, not too soft (who am I Goldilocks?), but she also used hot stones, which I’ve never experienced before and let me tell you…they were wonderful too!  (How many more times can I use the word wonderful?)

I’ve had three other massages in my life, from three different people…and they were good, don’t get me wrong…

But now that I’ve experienced one of Val’s massages, I won’t go anywhere else…and I will find the money to get another one!

So, if you’re ever in Ely, Minnesota and want an amazing, relaxing, wonderfully soothing massage –

You will not regret it!

Val if you start to get too booked up – you’d better save space for me! 🙂

Have a wonderful day everyone!